A grain mill has existed here for eight centuries. It was the only mill in the local area and belonged to the Drolshagen Cistercian nuns’ monastery. Since the secularization of the monastery it was privately operated. Due to the "mill death" in the 1960s its water wheel turned for the last time. (The photo shows the mill in the front, and the  guesthouse "Zur Brücke" in the background.) 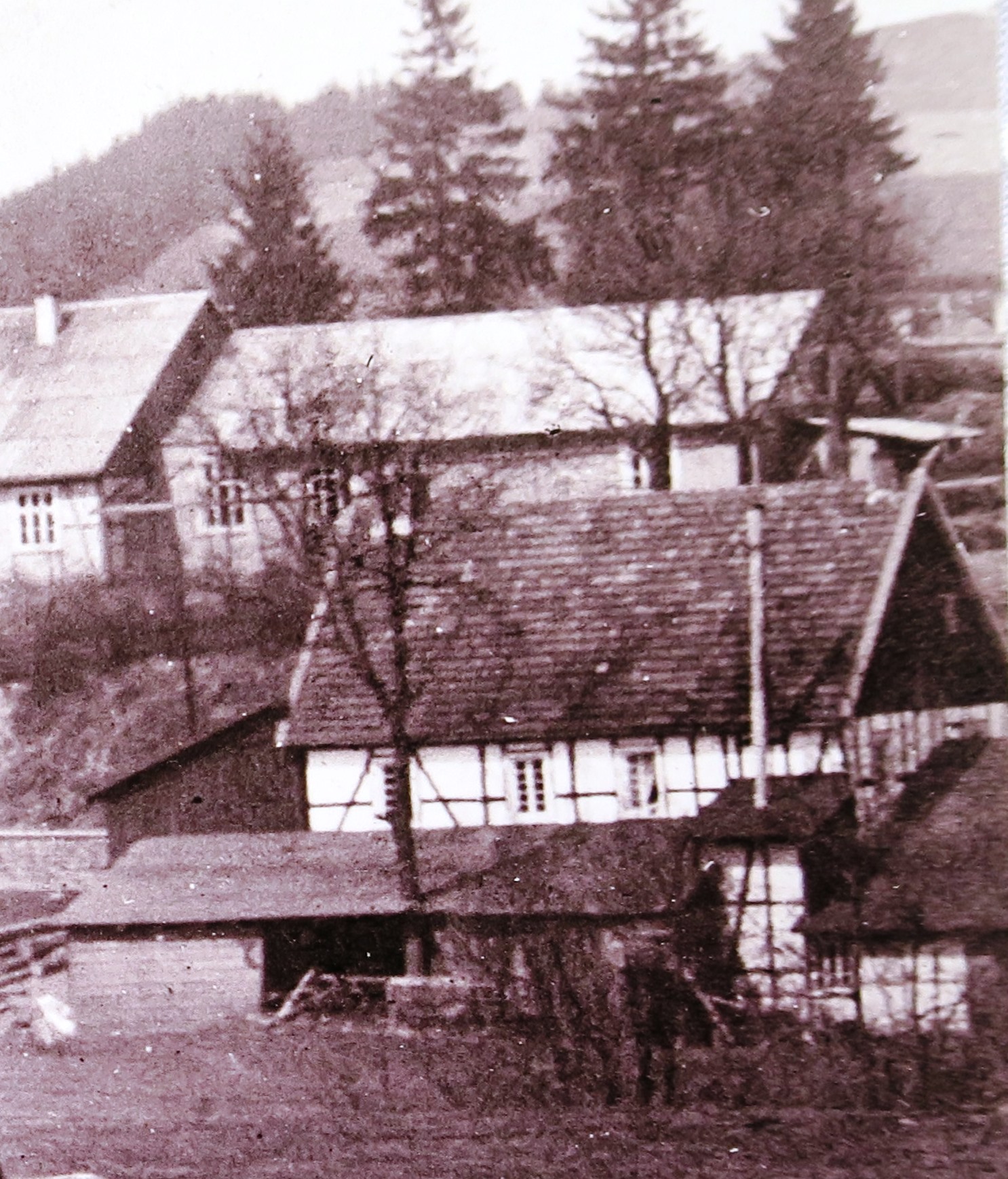 The mill was first mentioned in the year 1235 in the second oldest known document concerning Drolshagen. It was transferred to the Cistertian nuns of Drolshagen "for eternal possession" as a convent mill by the count Heinrich and his wife Mechthildis to Sayn. Together with the mill in Eichen, which was mentioned for the first time in 1512, Archbishop Ernst of Cologne declared both water mills to be ban mills in 1594, which meant that the local farmers were obliged to have their grain ground exclusively in these mills. In June 1717, this privilege was reconfirmed by the Elector Joseph Clemens of Cologne. Around 1800, the mill was leased to the miller Wilhelm Ihne for a rent of 178 Rtl. In 1807 the Hessian government planned to sell the mill, but instead the mill was leased for 12 years to Matthias Fischer from Drolshagen for 345 Rtl. per year. After that the property was transferred from Hessen-Darmstadt to the Prussian state, which sold the mill to Theodor Alterauge in 1825. However, he did not manage the mill himself, but leased it to the Kick family. In 1902 most parts of the mill burned down and some time later it was acquired by the Vogt family, whose third generation descendants still live in the former mill, which was shut down in the 1960s.