The building listed for monuments was erected after the great town fire in 1838 by the married couple Mathäus Bone and his wife Elisabeth, née Cramer. It was the parental home of probably the most famous of Drolshagen's sons, the pedagogue and innovator of Catholic German hymnody, Prof. Heinrich Bone. For over 150 years there was an inn here, first Bone, later Alterauge "Baron". The "Heimatverein für das Drolshagener Land" (local history society for the Drolshagen region) acquired and renovated the building and inaugurated it as a local history house in 1995. 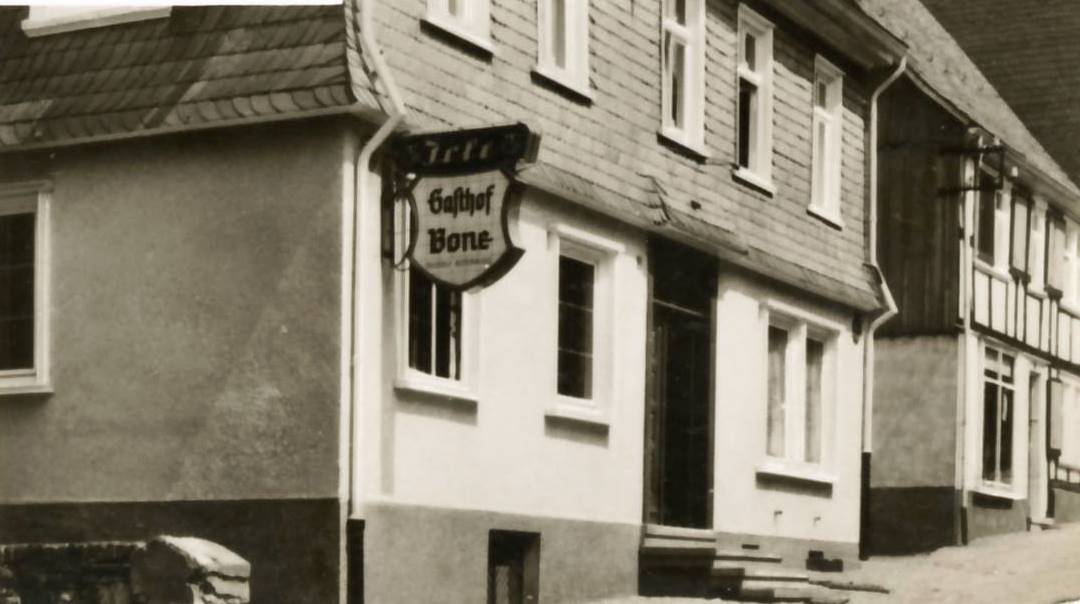 The builders of the house, Mathäus and Elisabeth Bone, who ran a country inn and restaurant here, enabled two sons to receive an academic education: Karl Bone studied law and became a district judge, Heinrich Bone studied philology, philosophy and theology in Bonn and became a grammar school teacher in Düsseldorf and then in Cologne in 1839. Heinrich married Christine Schmitz and had six children with her. Seven years later he became the first senior teacher at the Knight's Academy in Bedburg, where he was awarded the title of professor by the Prussian Minister of Culture in 1850. In Bedburg, he published the song and prayer book "Cantate!" with over 400 church songs, including the songs he composed, "Großer Gott wir loben dich" and "Maria, breit den Mantel aus". He also wrote nine reading books, which were printed in large numbers, as well as lyrical texts. Heinrich Bone eventually became headmaster of the Gymnasium Petrinum in Recklinghausen for 3 years and finally headmaster of the Gymnasium in Mainz, where he died in 1893.

By inheritance, the Bone estate passed to Auguste and Rudolf Alterauge ("Baron"), who continued to run the farm and inn. Their son Rudolf and his wife Hilde built a resettlement farm on the Papenberg. In 1993, they sold the Bone Inn to the Heimatverein für das Drolshagener Land. The Heimatverein turned it into the Heimathaus, which is open to the public as a venue for events. It also houses the public library "Buchstube Heinrich Bone".