17 Grube Marienzeche - The Robbery Knights’ mine 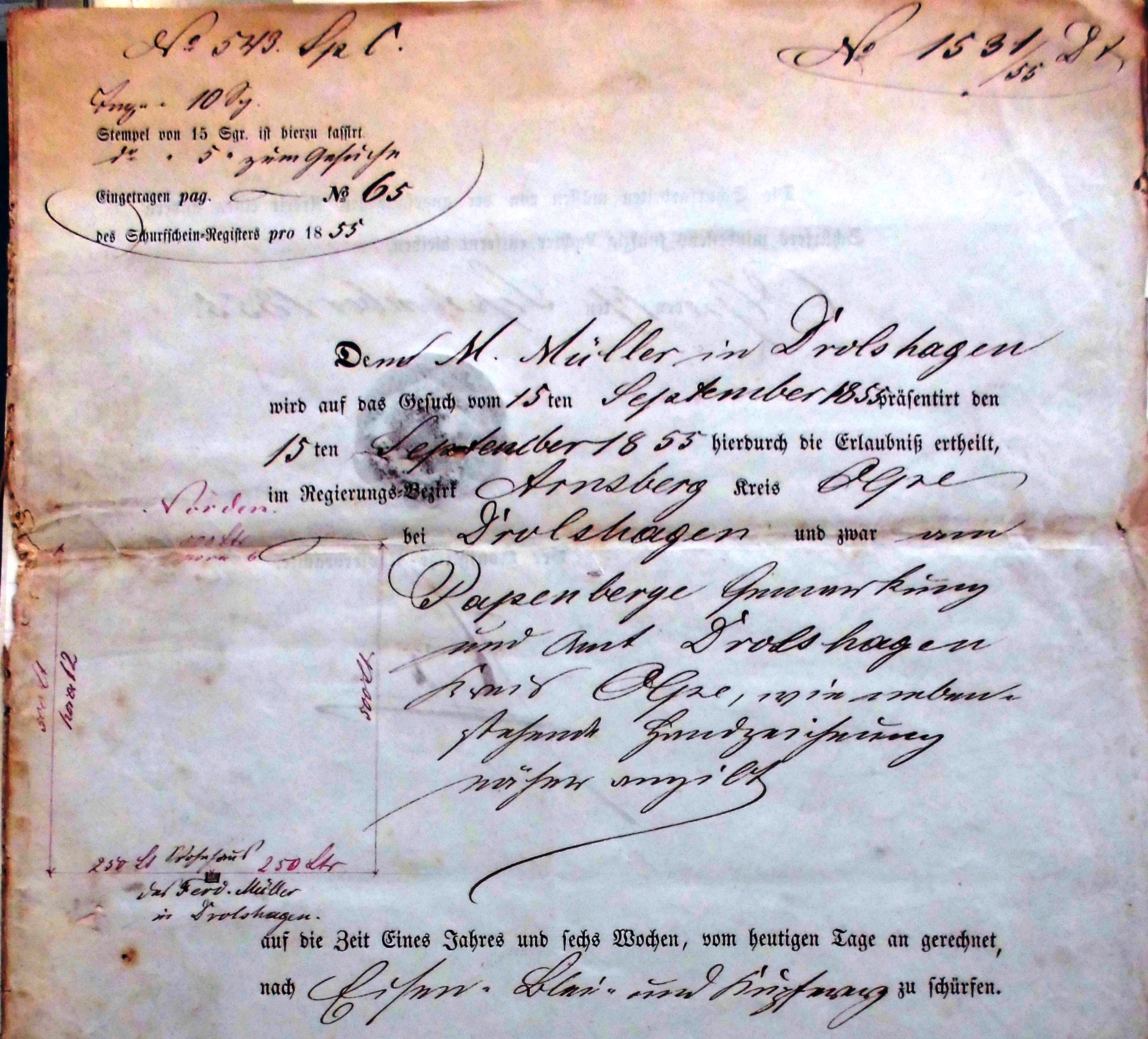 The Marienzeche mine was founded in 1855 by M. Müller. The pit field is more than 1 km² in size, starts directly at this house and runs in the direction of Papenberg. The still preserved mine entrance is located in the hall of the restaurant "Zum Raubritter".

Müller originally wanted to call the mine "Maria", but the mining authority insisted on "Marienzeche". He was allowed to mine for iron, lead and copper. The tunnel laid out for this purpose leads into the Papenberg for more than 100 m. Presumably the work was not successful, therefore Müller stopped this project in 1857 and opened a restaurant. His daughter Marianne married Josef Tump and her daughter Heinrich Dallwig. In 1984 the ownership of the restaurant passed over to Wolfgang Gittel, known as "Charly" because he had appeared as Charly Chaplin at the Dräulzer Carnival. Today he runs the restaurant "Zum Raubritter" and offers knight meals here.