The house built by Gustav Stachelscheid around 1840 was inherited by his son Heinrich, who founded a distillery and liqueur factory here in addition to his profession as a civil servant. Around 1900, the distiller Carl Wienke acquired the property and continued the business. The distillery became famous for its excellent juniper. Wienke gradually produced various liqueurs. The house was completely destroyed by shelling in May 1945. 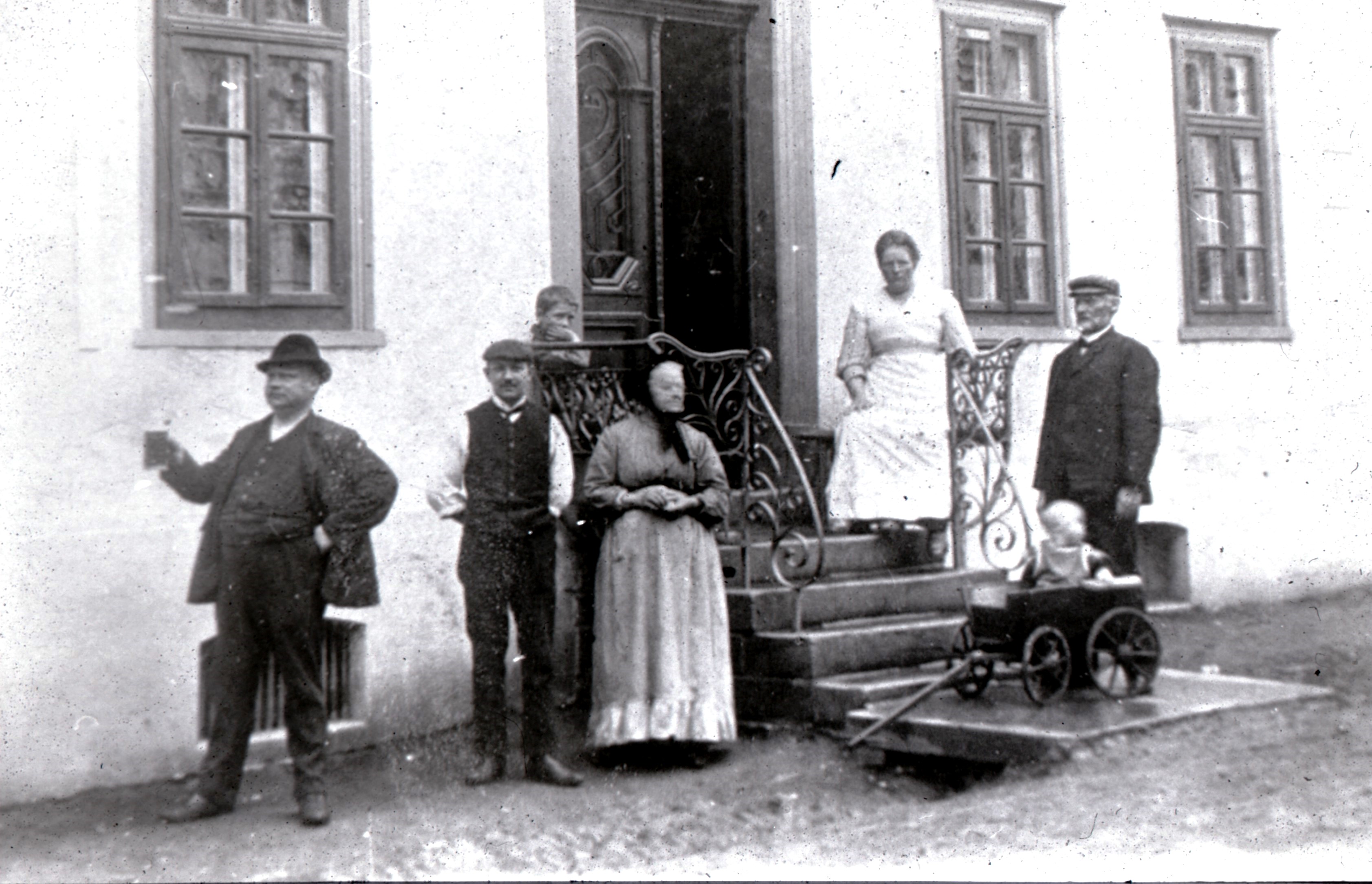 The Wienke distillery was Drolshagen's largest taxpayer around 1900. In addition to clear spirits, company founder Carl Wienke, married to the Olper baker's daughter Anna Katharina Harnischmacher since 1895, produced various liqueurs, but also vinegar, fruit juice drinks and mineral water. He also took over the representation of the Dortmund Union Brewery. However, the driving force behind the production programme was the "Echte Drolshäger", a juniper schnapps which, according to Drolshagen soldiers of World War I, could even be bought in Königsberg, now Kaliningrad. The business was continued from the 1930s by the son Emil Wienke, born in 1901, who was married to Mathilde Schütte. When the Americans moved in at the end of World War II, a shell hit the house and set it on fire. Thanks to a French forced labourer, the family was saved. The distillery was discontinued after the end of the war, but the house was partially rebuilt on the old foundation walls and is now inhabited by the descendants of the Wienke family.