On 31 August 1903 the stagecoach traffic was stopped and the railway line Bergneustadt-Drolshagen-Olpe was opened. On the territory of Drolshagen there were stations in Hützemert, Drolshagen and Eichen. With the railway the industrialization began here finally. After the passenger traffic had been stopped already 1979, the last freight train drove in the year 1994. 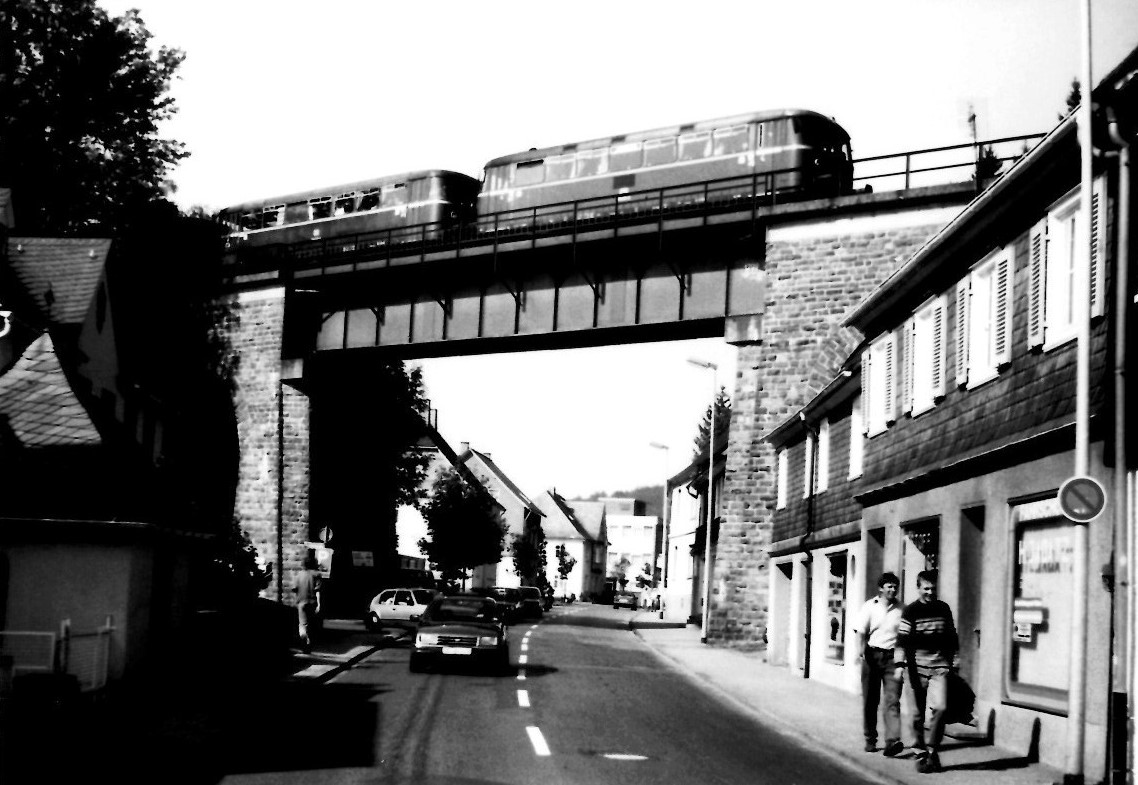 The picture shows the railway viaduct of the line Bergneustadt-Drolshagen-Olpe leading over the Bundesstraße 55. This line was approved in 1898 and opened in 1903. It closed a traffic gap between the Rhineland and Westphalia and made the construction of a 724 m long tunnel necessary, which, completely on Drolshagener area, undercrosses the village Wegeringhausen. The total construction costs amounted to DM 3.4 million. In the 1920s an average of 138 freight wagons operated daily on the route, and for passenger traffic seven trains a day were usually offered in each direction. From 1962 to 1965 there was even the "Dom- oder Kardinalsexpress", a fast train from Cologne via Drolshagen/Olpe to Paderborn.  In the district Drolshagen were stations in Hützemert, Drolshagen and Eichen. Four company sidingshad been installed within the district of  Drolshagen. At the end of 1979 the passenger traffic was stopped and in 1989 the line Bergneustadt-Drolshagen was officially closed for all traffic. In 1994 the last freight train operated between Olpe and Drolshagen. In the meantime the tracks were removed and the train path now changed into a bicycle path.