Schwarte GmbH was founded in 1874 as a fits factory and is thus Drolshagen's oldest industrial company. At that time, simple fittings for windows and doors were called fits. In 1908, Johann Schwarte built the factory in Hagener Straße, where today complex building fittings are produced. 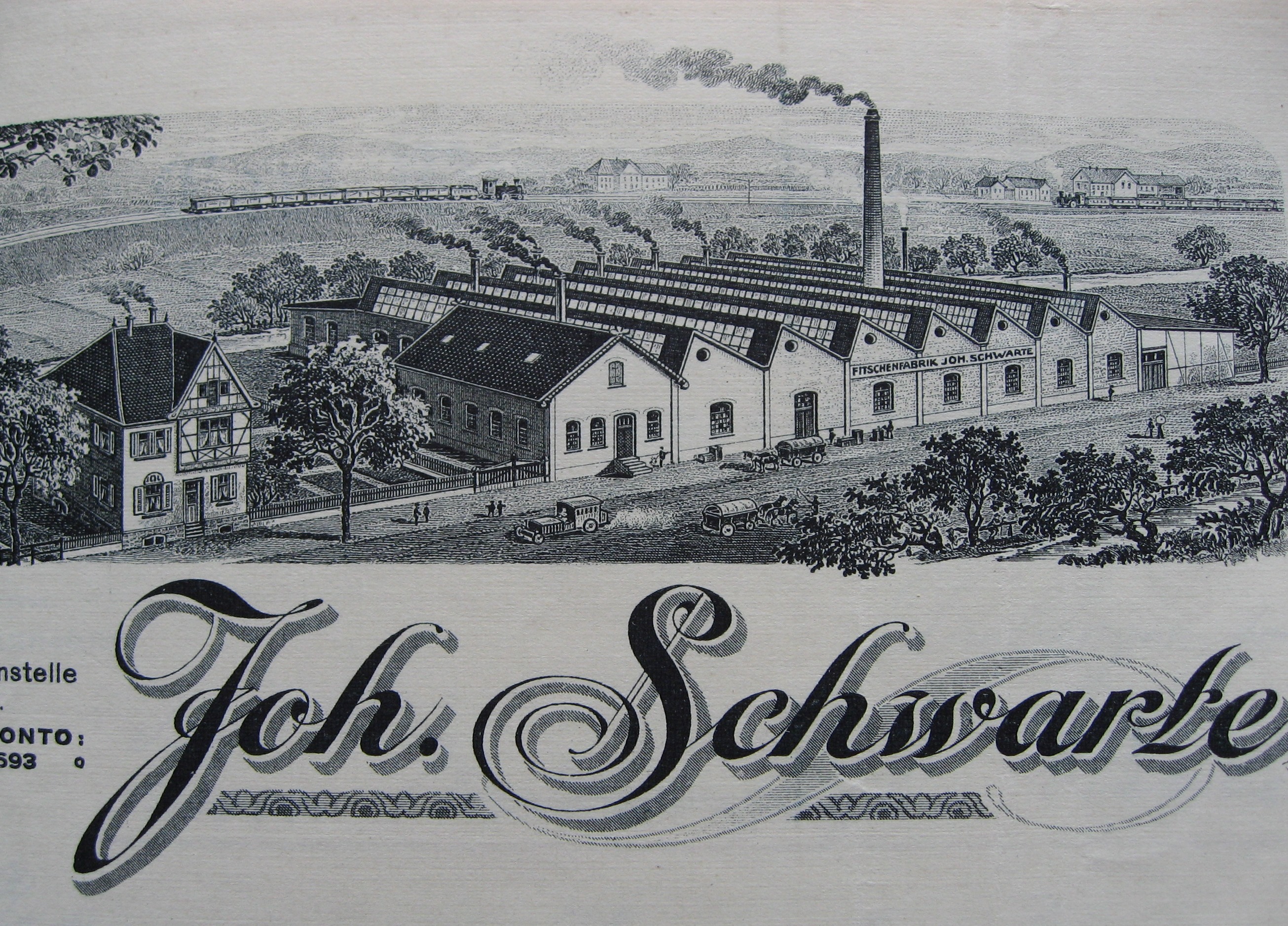 The blacksmith Johann Schwarte started his activity around 1858 as a master at the local blacksmith Börsch. After Börsch had given up the production, Schwarte took over the company and started in 1874 in cramped conditions in the back building Butzpeter, today Gerberstraße 12. After a few years he rented the old Lohmühle, as water power was available there. When there had been not enough space for 12 employees, he built around 1900 a factory, where today the senior citizens' centre is located in Gerberstraße. Here several drop hammers were driven by a steam engine of the company Lanz, Mannheim. Using this machine, he also supplied electricity to various customers in Drolshagen for several years, including the church, which was electrified around this time. The expansion of the company progressed, and in 1908 Schwarte opened the new production site in Hagener Straße, where he continuously expanded.