From 1951 the post office was located on the left side of House Wigger.  On the right side was the shop of the milliner Ewalde Wigger, the niece of the house owner Wilhelm Wigger. During this time Alfons Tump was in charge of the post office, which was closed in 1985 and moved to "Breite Wiese". 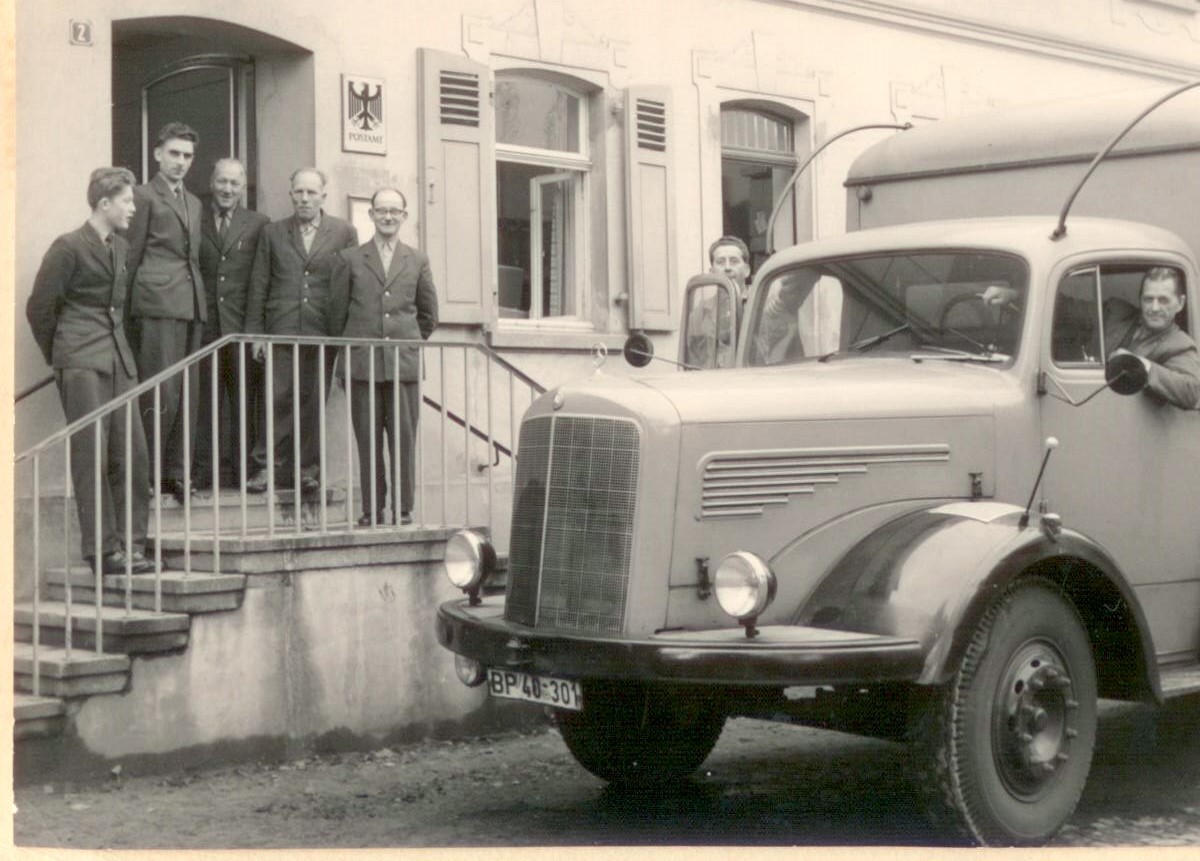 The mail was delivered daily to this place by the "yellow Postbus". It was then delivered six days a week by postmen on foot or bicycle. In 1964 the Drolshagener Post received the status of a Post Office II and was equipped with its own postmark for the first time; the country postmarks used since 1931 therefore lost their validity. The code number 21b had previously been used for the South Westphalian area, but in 1962 four-digit postcodes were introduced in the FRG, Drolshagen had the number 5962. From 1974 onwards, the post office began delivering the mail with automobiles. After the construction of a new post office building, which began in 1983, the post office was moved to the new location in "Breite Wiese" in March 1985