11 Chapel of the Cross

The  Chapel of the Cross was inaugurated in 1684. In the 19th century it became a chapel school. The crucifixion group created by Düringer, originally owned to this chapel, is today located in the choir of the old St. Clemens parish church. 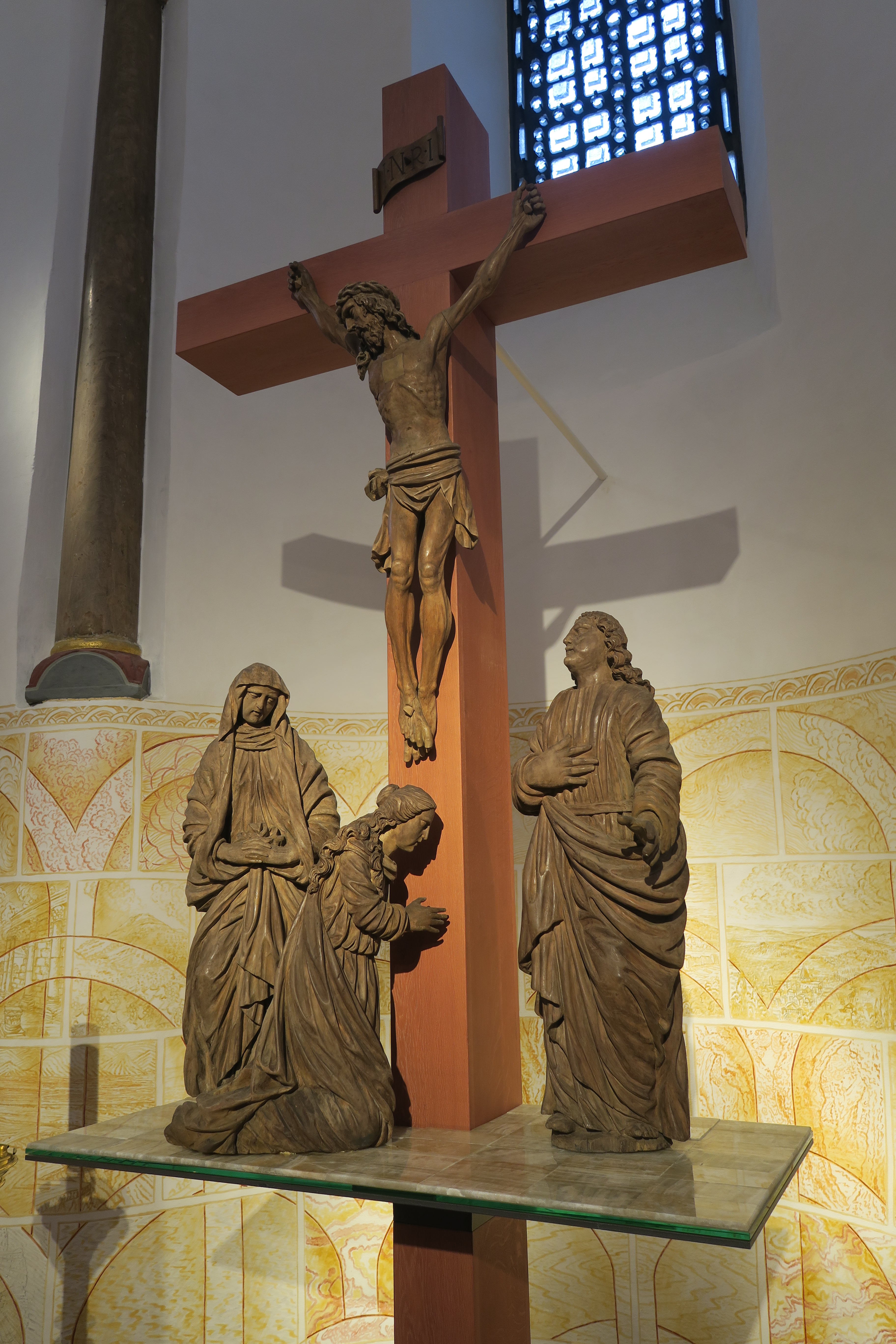 Since the chapel was located outside the city walls behind the Supreme Port, it was spared the great fire of 1838. Pastor Petrus Stutzenberg, who was vicar from 1671 to 1677 and priest in Drolshagen from 1681 until his death in 1689, is regarded as the builder. Together with Mayor Fischer, he collected money from 1682 for the construction of the Chapel of the Cross, which was finally consecrated in 1684. In the choir there was a crucifixion group of the sculptor J. Nicolaus Düringer, which is now in the old parish church of St. Clemens since the end of World War II.