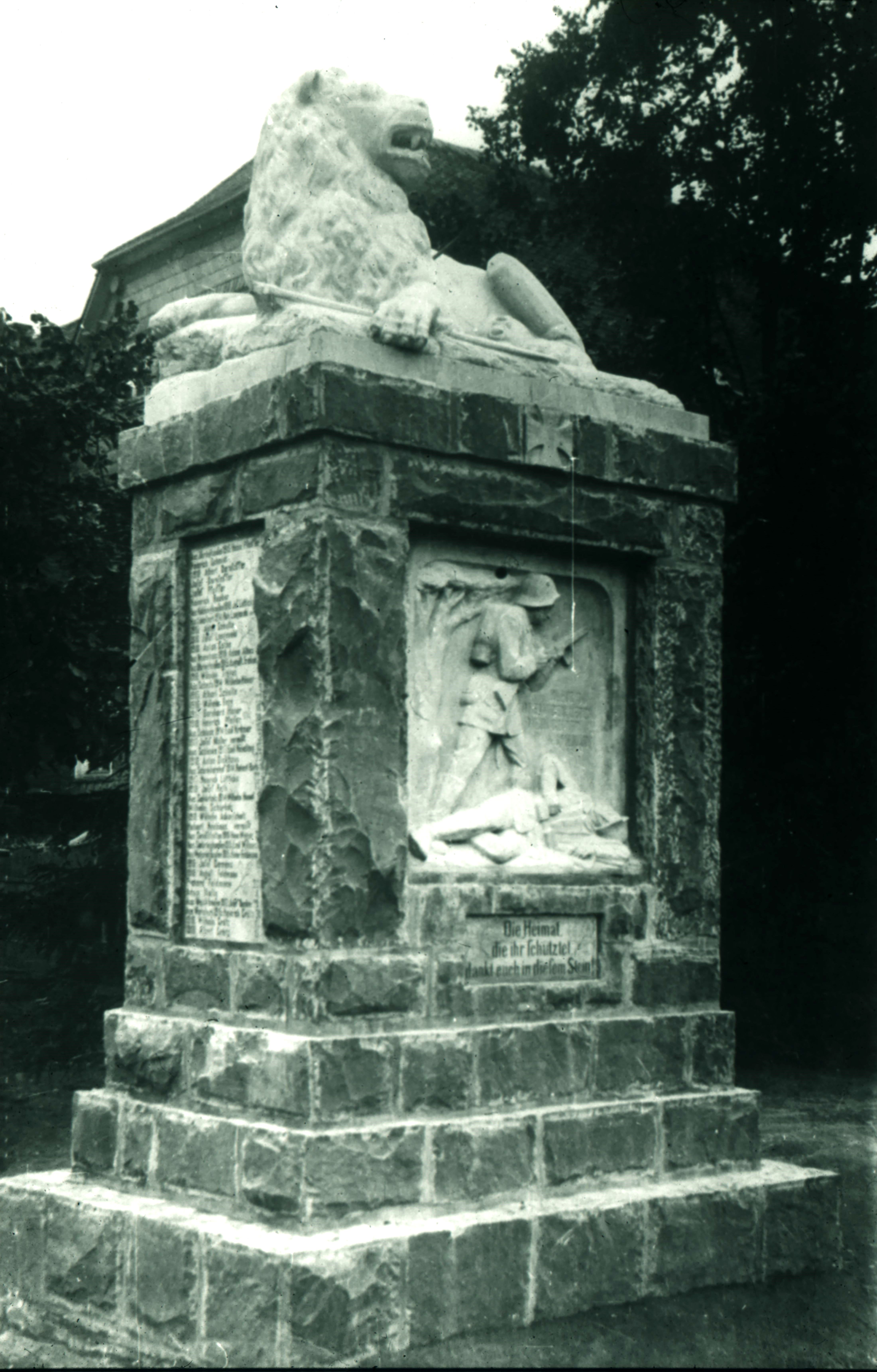 The memorial for the killed soldiers of World War I of the district Drolshagen was consecrated on 17. 8. 1924. It stood on the Drolshagen market square and was made by sculptor Franz Belke, born in Grevenbrück in 1876, who was himself a participant in the war. The stepped pedestal was erected by the Drolshagen bricklayer Josef Stahlhacke. The front side showed the portrait of a killed man, above him a forward storming companion. On the right side the stroke "Be my good compagnion in eternal life ". The three name plates were embedded in the remaining pages. On the pedestal rested a life-size lion, under whose left paw lay a sword. The lion was not the symbol of a proud winner, but in his left side there was an arrow that had fatally wounded him. The monument was removed in the 1960s as part of the redesign of the market square. The lion was placed in the Drolshagen City Park. Members of the history workshop of the Drolshagen local history society restored the plates. The installation at the local priest grave took place at the 100th anniversary of the end of World War I in November 2018.