Drolshagen was declared a town in 1477. This was connected with the right and duty to build a wall to protect the town from enemies. At the same time a guild of marksmen was formed. In the 19th century the walls were demolished and the town fire of 1838 also made the fortification disappear. 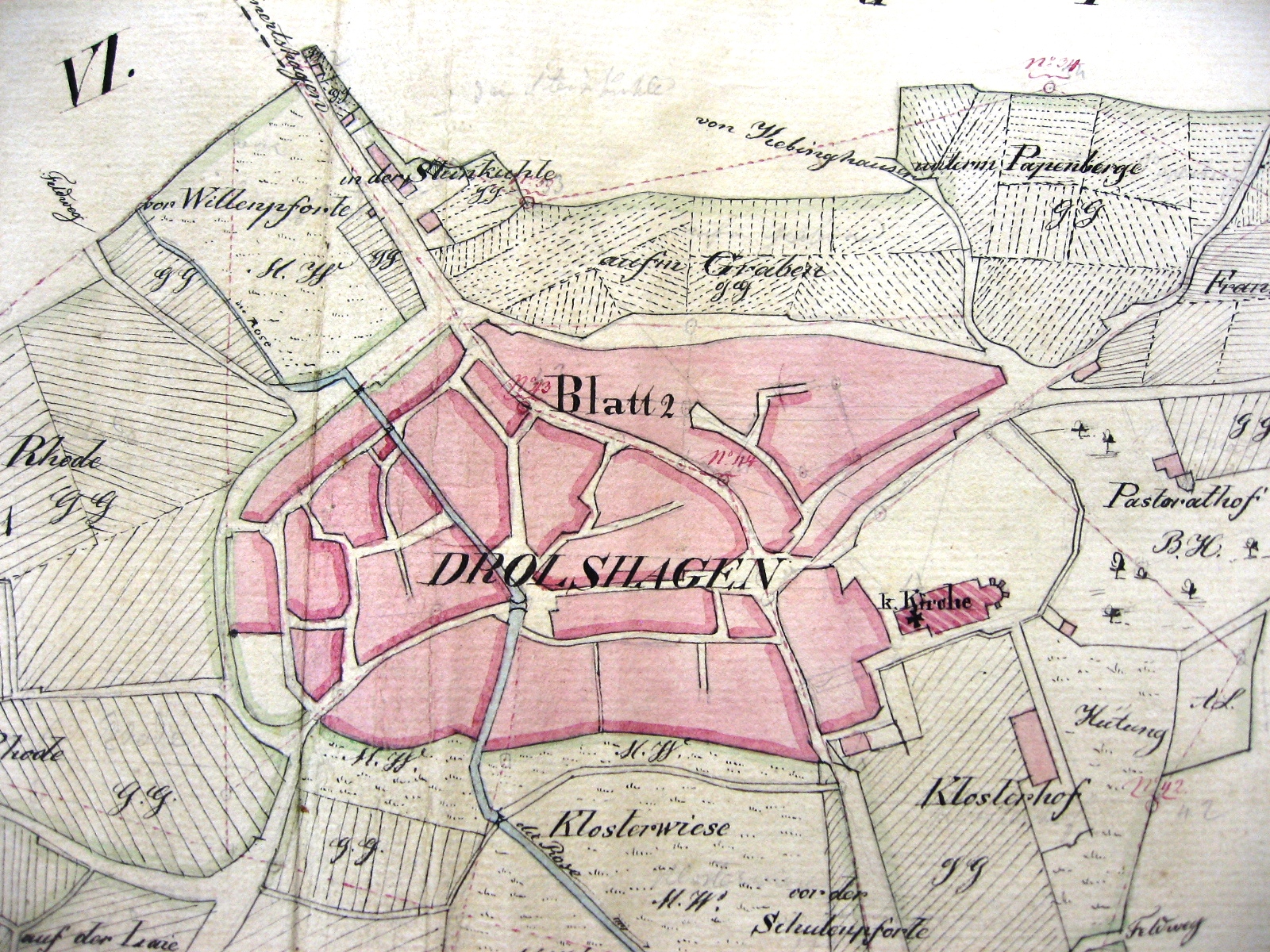 The wall around the town, built in the 1470s, had a gate at each end of the main street. At the southern end of the main street was the "Schulen-, Mühlen or Thielenporte", opposite in the north the "Willenporte". Smaller gates were the "Oberste Porte" to the east and the "Unterste or Wagnerporte" to the southwest.  The city wall had a continuous strength of approx. 0.8 to 1 m and a height of scarcely 4 m. The approximately 2700 m³ of quarry stones required for this were quarried in nearby urban quarries. The fortification also included the church tower built in the 15th century, which was a fortified tower with its own well. Various underground passages led out of the town from this tower. The wall was about 750 m long. Markings in the sidewalk of Hagener Straße at Volksbank and at the opposite end of the town at Rosestraße show the course of the city wall at that time.