This is the rest of the former monastery that was founded in the 13th century. It was outside the city walls built in the 1470s. Since about 1770 a church belonged to the monastery. In 1802, after centuries of belonging to Kurköln, the Grand Duchy of Hesse-Darmstadt, our region was annexed, the monastery was dissolved and torn down to the tract standing here. The demolished monastery is marked in red. 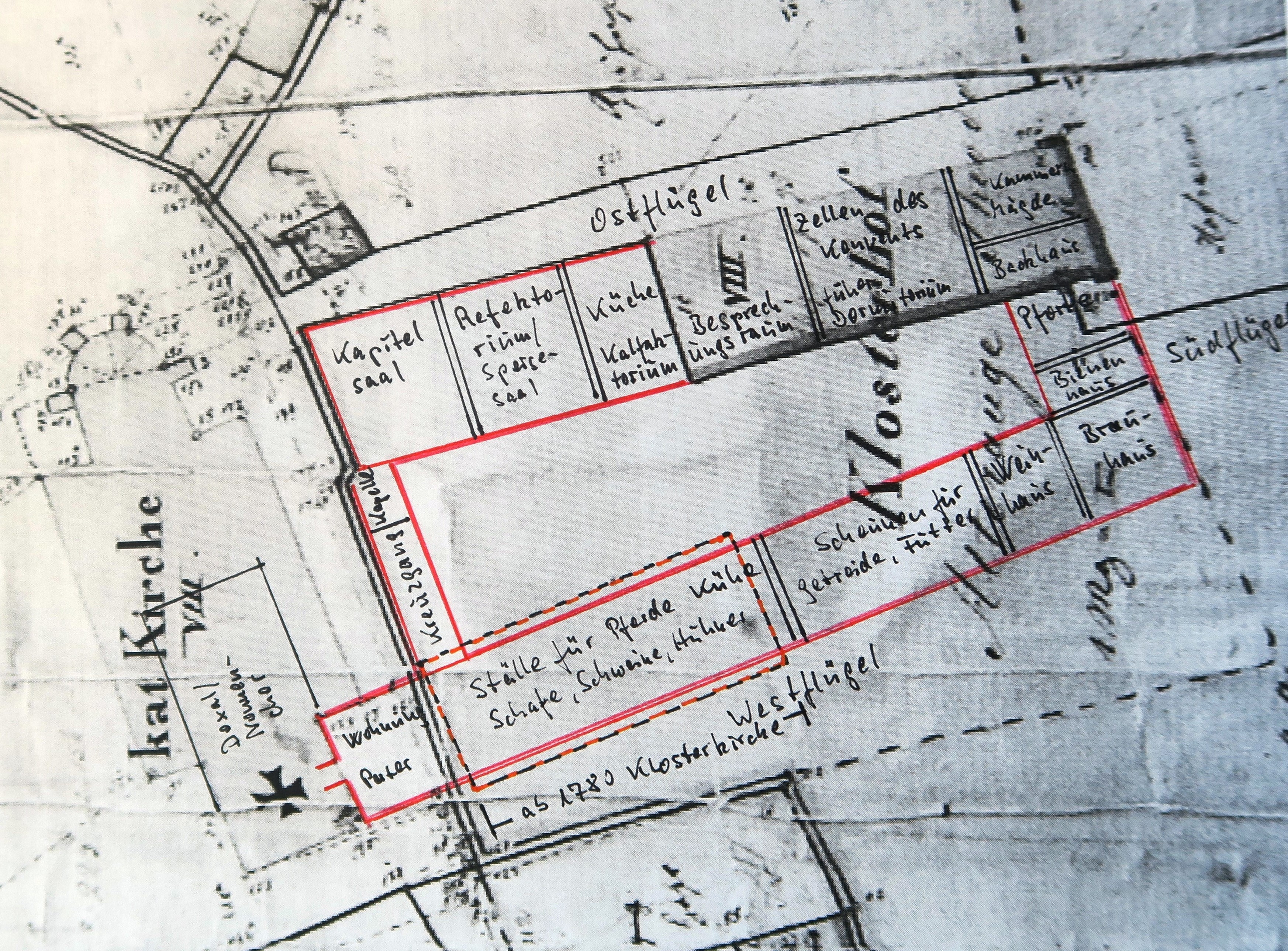 The first documentary mention of the monastery dates back to 1235 and was made by the founding couple Count Heinrich III von Sayn and his wife Mechtheld, née von Landsberg. In the 13th century there was lively building activity, supported by the Cologne church princes. After the turmoil of the war 1618-1648 the monastery had reached its greatest expansion. The upper wing bordered the city wall, the lower wing went beyond the wall to the church tower, through which the nuns reached the gallery reserved for them. The cloister was leaned against the city wall. Around 1770, part of the west wing was torn down and a separate church with internal dimensions of 22 x 9.5 m was built for the nuns. In the course of secularisation, the monastery was dissolved in 1803 and demolished in the 1820s, including the newly built church, to the south-eastern wing, which still exists today.