Before the city fire in 1838 there was a school here. After the reconstruction around 1840, the Hellinghaus family's action was here. One of Drolshagen's most famous sons, Prof. Dr. Otto Hellinghaus, came from this family. The house was demolished in 2018 due to structural defects. Afterwards an office and residential building for the Caritas Day Care Centre was built. 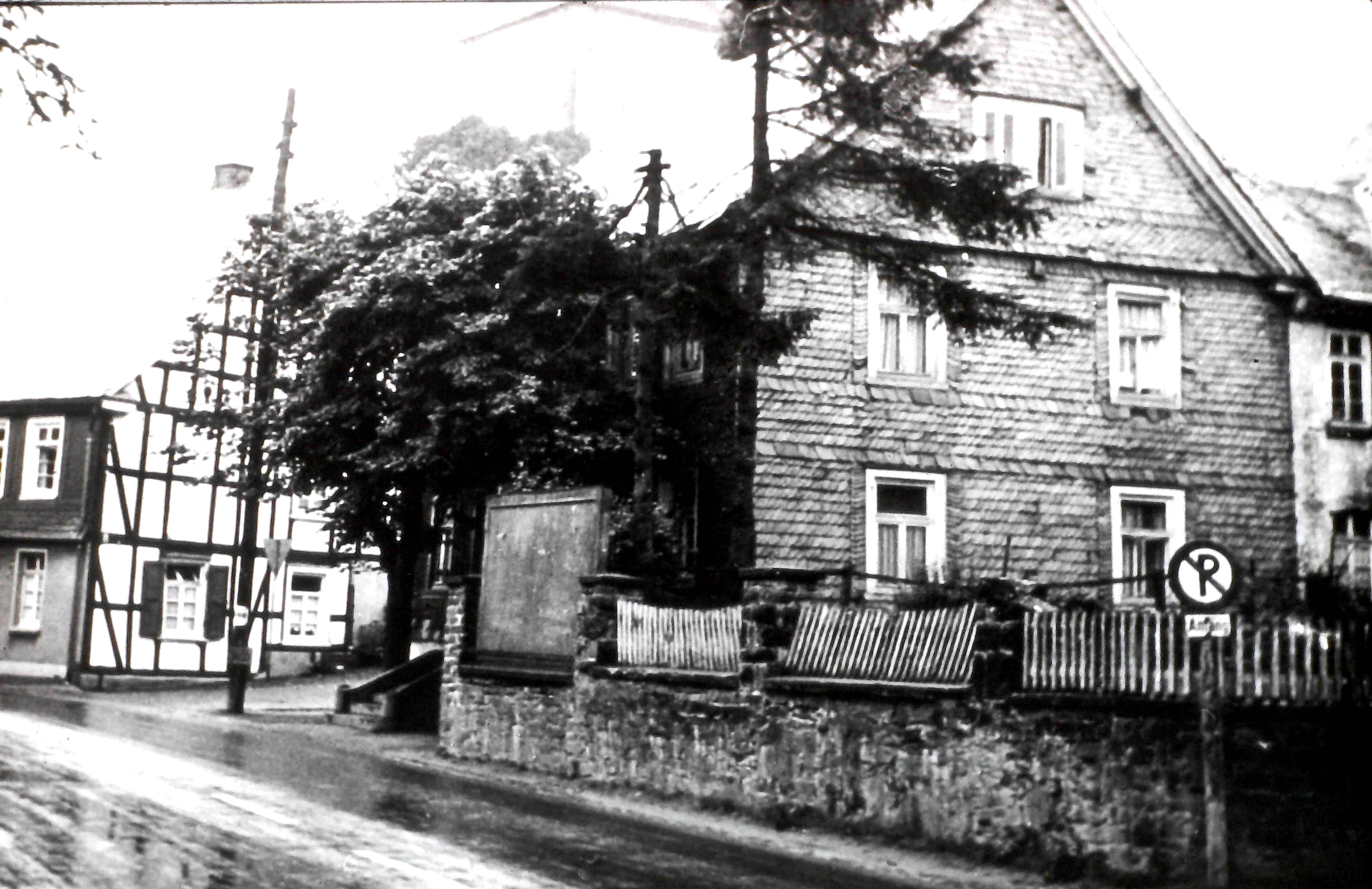 The former school building stood very close to the city wall next to the city gate, which blocked the way to the mill and to Olpe. Therefore, this exit had the name Schulenporte or Mühlenporte. After the town fire in 1838, the well-respected merchant Heinrich Hellinghaus and his wife Johanna, née Börsch, built a house here that was townscape-shaping. Their son Otto was born in 1853. After finishing school in Attendorn, he studied history and philology in Münster, Halle and Leipzig, where he also completed his doctorate in 1875. In 1879 he became a teacher at the Realgymnasium in Münster. He married a Dräulzer girl, Mathilde Schlösser. In 1899 Hellinghaus became headmaster of the Gymnasium Wattenscheid.  He held other honorary posts such as city archivist of Münster, member of the Historical Commission of Westphalia, as well as second chairman of the German Fleet Association and board member of the Vaterländische Frauenverein in Wattenscheid. Otto Hellinghaus has published countless books that could fill several shelves. Some of them are in the library of the Heimatverein Drolshagen in the Heimathaus. The Hellinghaus house was sold to the Dedial family at the beginning of the 20th century, resold in 2006 and bought by the local Volksbank Olpe-Wenden-Drolshagen e.G. in 2017. Due to structural deterioration, the dilapidated building was demolished and an office and residential building was built here for Caritas Day Care.