Beginning in 1901 the Royal Prussian Post Office III. class in Drolshagen was located in the left part of the house belonging to the merchant Rudolf Alterauge. In the right part there was a storage room of the hobnail factory Schütte. Until the year 1903 a horse-drawn carriage brought the mail and passengers here three times a day. In 1951 the post office was moved to the church square. 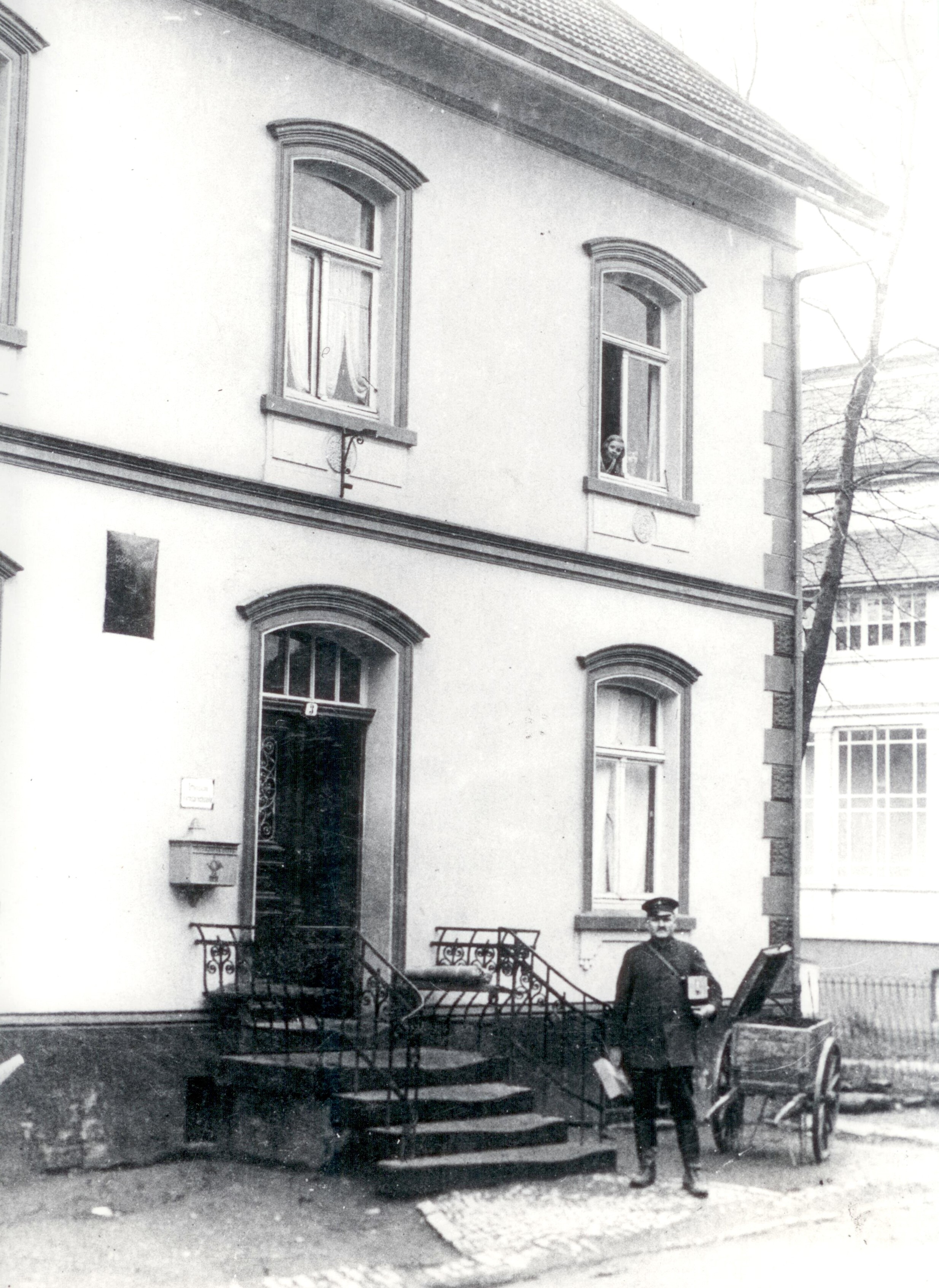 After the railway route Bergneustadt-Drolshagen-Olpe was put into service in 1903, the horse-drawn carriage station had become obsolete and the post was picked up with a handcart at the railway station. From 1909 to 1935 Josef Melcher was head of the post office, which included one city and three rural districts, where the post was delivered seven days a week. In 1931, 15 rural post offices were established in the Drolshagen district, which were served by the yellow post buses. The house, located directly next to the town hall building from 1902, was later acquired by the Nebeling family, who opened a butcher's shop here.