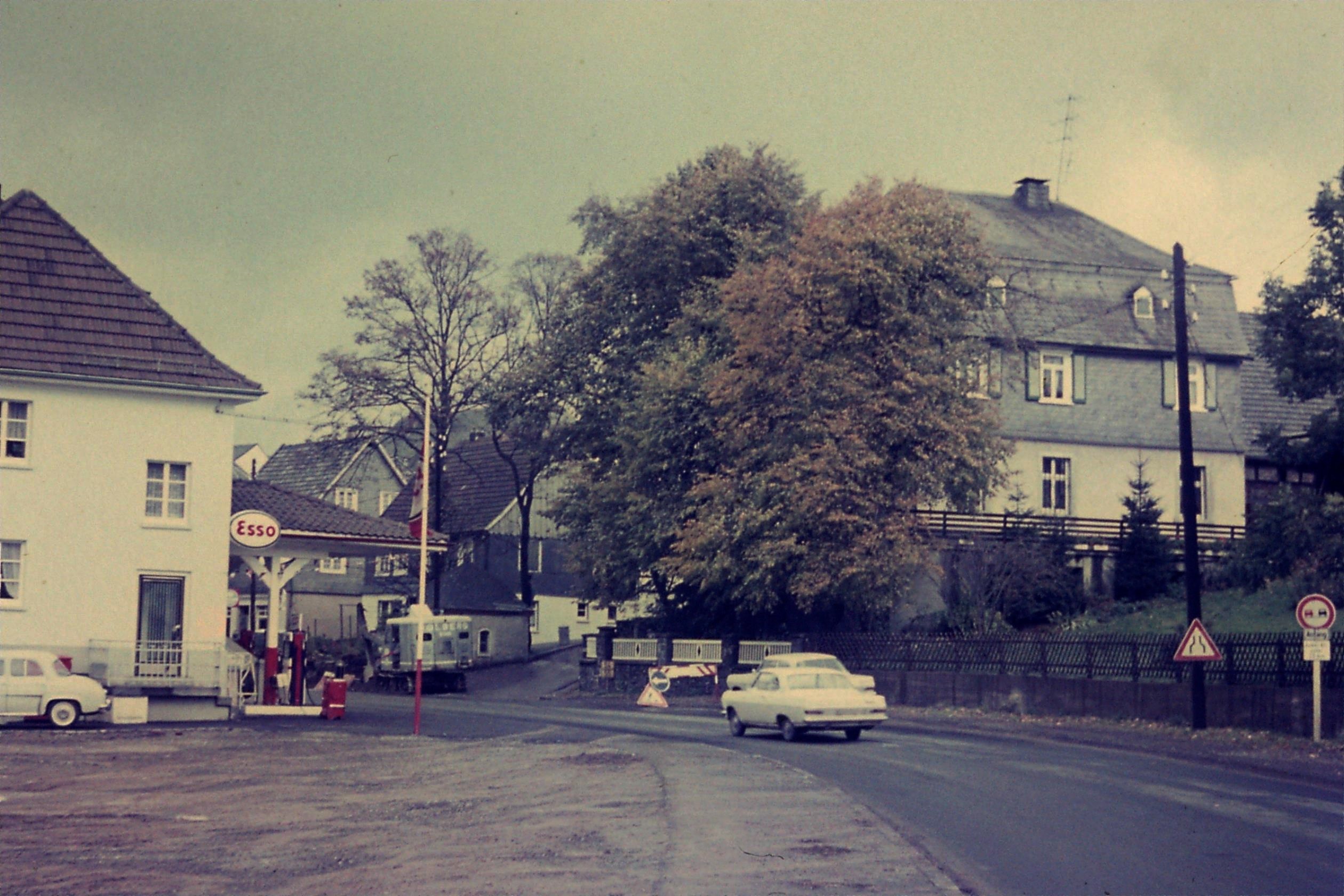 This is probably the seat of the noble lords of Drolshagen and the origin of the local settlement. In the late Middle Ages it belonged to the monastery, later to the Fischer, then to the Finke family. Since three generations it is in the possession of the Dransfeld family, who inherited it from the female line.

Here was probably the location of the Amtshof (curia), the seat of the lords of Drolshagen, who were the secular and ecclesiastical bailiffs and followers of the counts of Ravensburg and Burgmannen of Waldenburg. They already moved to Münster in the 14th century. More than half of the later urban area of Drolshagen as well as the Bannmühle situated below belonged to this house. A memorial stone with the coat of arms of the abbess of Neuhof from 1680, which was found during excavation work in the gate area and then attached there, shows the affiliation to the neighbouring monastery. In the following years the respected Fischer family lived here who provided several mayors of Drolshagen. The unmarried siblings Anna Catharina and Matthias Fischer bequeathed their entire fortune to Elisabeth Kleine, who married Casimir Finke in 1824, making the house the property of three generations of this family. By inheritance from the female line the house came then, 1922, into the possession of the Dransfeld family, who still lives in it today.