The house at Hagener Straße 37 is well known as Haus Dr. Menden. It was built two years after the town fire in 1840 by Friedrich Finke and his wife Maria Anna, née Prinz  standing partly on the old vaulted cellars of the burnt-down 17th century predecessor house. It is owned and cared for by the fifth generation of the Menden family. 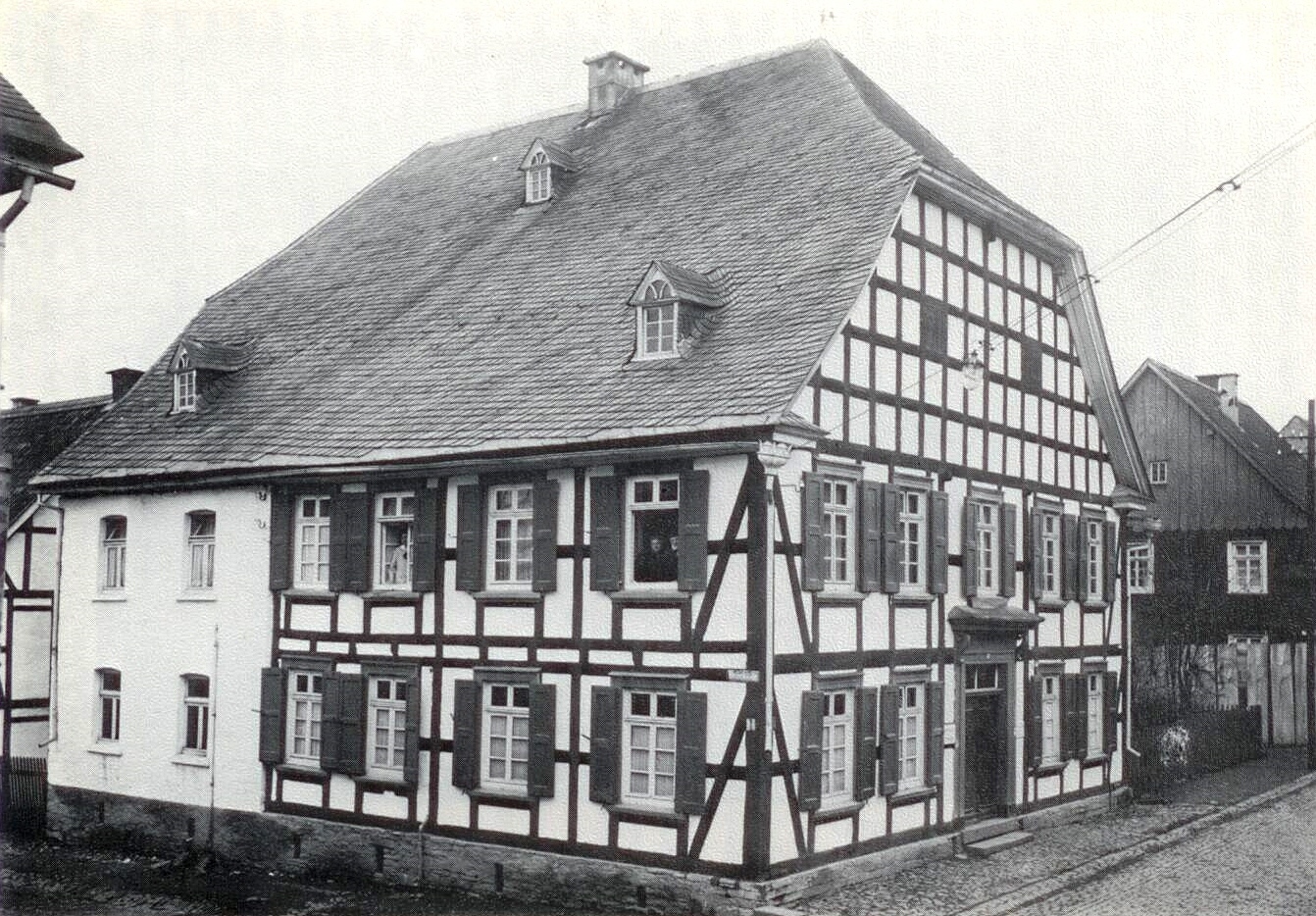 The daughter of the Finke couple, Justine, married the Drolshagen merchant Wilhelm Börsch (Böises) in 1852. He was the founder of the first Drolshagen "Fitschenfabrik", a company that manufactured fittings for doors, gates and windows. One of their sons was Professor Dr. Josef Börsch, who, along with Professors Bone and Hellinghaus, belonged to the Drolshagen academic triumvirate of the 19th century. In addition to novels, tragedies and poems, he also published the "Chronica Drolshagensis" and "Min Draulzen". His sister Antonie married the Drolshagen chemist Richard Alterauge and both took over the house. Their daughter Maria, known to older Drolshageners as "Böises Mimi", married Josef Menden from Rheinbreitbach. Their son was the doctor Dr. Richard Menden, who renovated and preserved the historic building with its largely original furnishings. The house with its authentic character from the time of its construction, also in the interior, is today considered the most beautiful half-timbered house in the Drolshagen area.