The town hall was built at the beginning of the 1900s on the initiative of Rudolf Diekmann, who was in office at that time, and officially opened in the autumn of 1902. The planner was the district architect Robert Rinscheid from Bilstein, the construction costs were 36,000 marks. The ground floor was sufficient for the administration, the upper floor was used as the official residence by the Diekmann family. 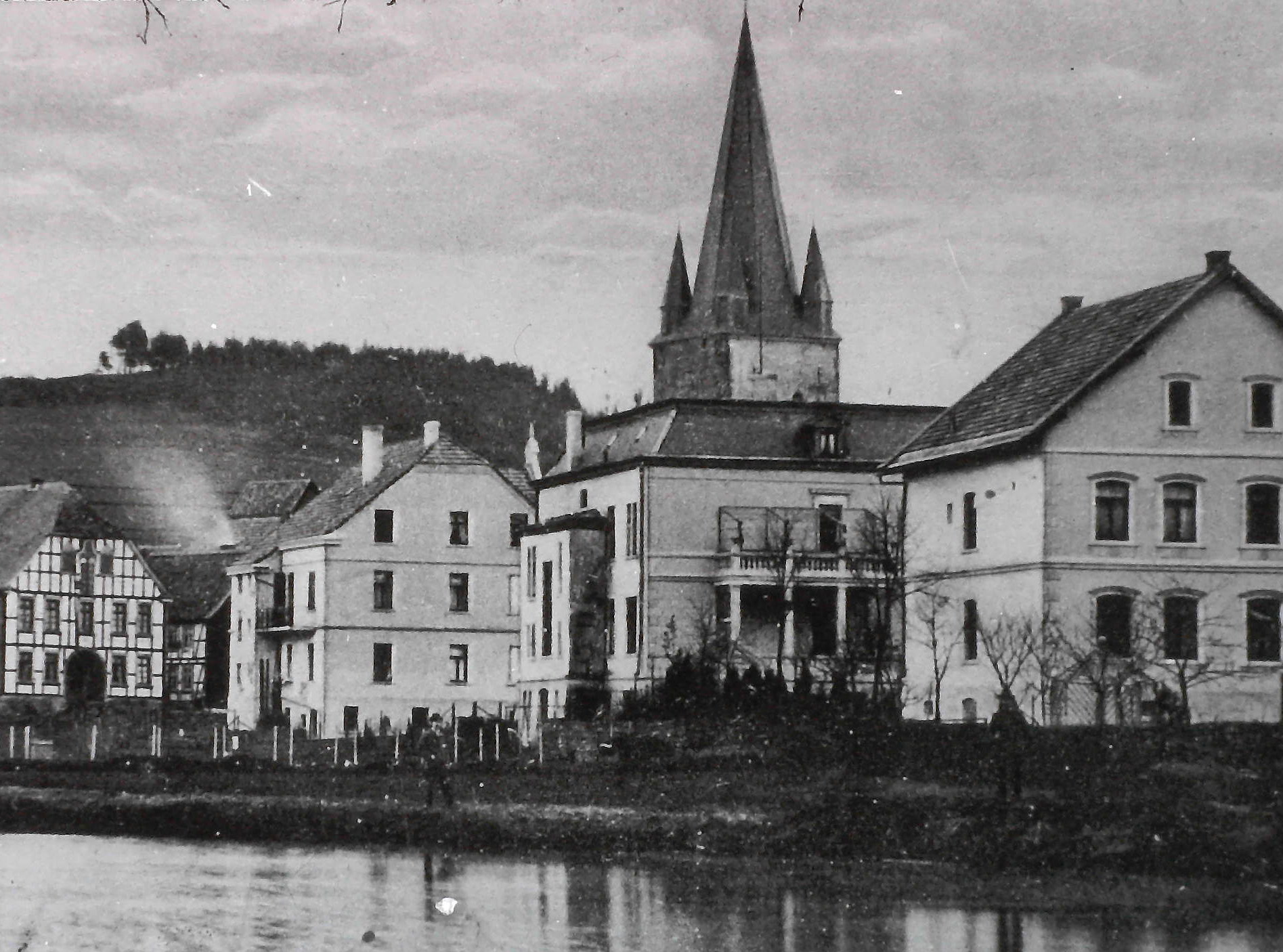 The old, dilapidated town hall was demolished in 1827. It stood where Hagener Straße now runs, opposite the stationer’s Feldmann (Hüsekes). After that Drolshagen had no town hall for 75 years. The administration was accommodated in the old monastery and in different private houses. Due to the massive pressure of the senior civil servant Diekmann, this town hall was completed in 1902 by the construction company Anton Stachelscheid from Beul, Josef Hundt did the painting and Josef Hupertz, both from Drolshagen, did the carpentry.  The exterior walls are decorated with stucco and the Drolshagen coat of arms is placed on the side facing the street. In former times a small room on the ground floor served as a prison. The town hall still houses part of the town administration and is the seat of the mayor.